< < back to Match Tickets

A message to the footballing world from Marine Football Club:

Yesterday we received the devastating news that the Merseyside region would be placed into Tier 3. This has now forced our once in a lifetime FA Cup game at The Marine Travel Arena v Spurs to be played behind closed doors.

Our loyal fans have not been able to attend our Emirates FA Cup ties against Chester FC, Colchester Utd, Havant & Waterlooville and now Spurs with all games played with no fans.

It means too, the loss of attending what is without doubt the most magical FA Cup tie ever with the likes of Harry Kane and Jose Mourinho visiting Marine. It also means we have now lost c. £100k in potential revenue which is a disastrous blow for our football club. This has been compounded by a sponsor pulling out of a £20k advertising package for the game.

The Marine barometer will try and fill our 3,185 capacity stadium, the Marine Travel Arena. A club like Marine lives for this type of FA Cup run that can make or break the club’s future.

With this support, our magical FA Cup run will hopefully allow us to secure our future for years to come. We can’t express our gratitude enough for the support we have received so far from across the footballing spectrum. 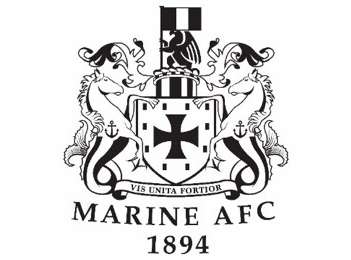 You are seeing this message as this product is unavailable.